Did you know that your inheritance can end up being divided with your ex-spouse?

Despite your best efforts, Mom’s legacy for you has probably been mingled with community funds. But, you say that you kept it in a separate account and never added community earnings? The problem with that line of thought is that dividends and interest on separate property is considered community.

Assuming you can readily show exactly how much of the account came from portfolio income, then the rest can be claimed as separate. You add only the interest and dividends to community. However, if you purchase other securities with those earnings, things get more complicated. Now, you have mingled the funds.

If the inheritance is invested in mutual funds, every dividend is reinvested, buying new shares. These new shares are community and will subsequently pay dividends too. The capital gains distributions paid at yearend are then partially community and partially separate, and would have to be prorated between separate and community, according to the number of shares.

A Case in Point

My client, Mary, was blessed over the years by a generous mother, who made yearly gifts directly into mutual funds held jointly with Mary. Over the 34 years of marriage, Mary pulled funds out to support the family as needed to supplement rather meager earnings of her husband. Hundreds of times, dividends were reinvested along with capital gains distributions. Upon mom’s death in 2011, the accounts became entirely Mary’s (and partially her husband’s).

Mary and her husband assumed that the accounts were too mingled to ever separate; however, with the help of thousands of pages of historical statements provided by Fidelity, Merrill Lynch, Templeton funds and others, we have solved this puzzle through tracing.

Starting in 1987 with the first gift by mom, I did “line-by-line” tracing, entering every transaction, every buy, sell, dividend, capital gain, withdrawal, etc. As the puzzle was assembled, the picture became clear, showing accurately the amount of community shares and separate property shares. We can now show that over 95% of the funds are Mary’s.

Why such a high percentage when so much was earned in dividends and interest? The high percentage is the result of a rule in Texas called “community out first.” Whenever there are community shares or cash held in the account, and a distribution is made, that distribution comes first from the community portion, then is supplemented by separate if needed. Due to the hundreds of thousands of dollars in distributions and liquidations, the remaining mutual funds were almost entirely hers.

For the IRAS funded by Mary’s mom, the results weren’t so one-sided. Since there were penalties and taxes for early withdrawal, the community portion wasn’t withdrawn. The continual reinvestment of community dividends into new shares, and the continued capital gains divided between community and separate, resulted in 24% of the account being community property. Now she has a valid accounting of the issue that can be proven.

So, if your sweet mom provided a legacy for you and attorneys tell you that the accounts are mingled and thus community, consider hiring someone to trace the activity and assemble the puzzle.

You’ll be glad you did.

If you are considering a divorce, you may be ecstatic, scared, relieved or miserable, depending on the circumstances and your own outlook. One thing for sure though, is that the divorce is going to … END_OF_DOCUMENT_TOKEN_TO_BE_REPLACED 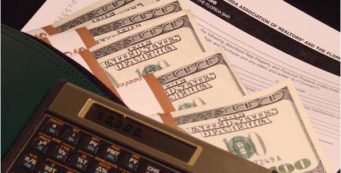 Often, many of the women I work with on their divorce finances know very little, sometimes nothing, about their marital assets (or liabilities for that matter). This is gradually changing, but … END_OF_DOCUMENT_TOKEN_TO_BE_REPLACED