You are here: Home / Articles / Divorce Planning / Should you buy a house before the divorce is final?

Most of us don’t have the option of buying a home during the process of divorce due to financial constraints. But while a fortunate few may have the resources to afford the down payment, mortgage payments, property taxes and upkeep, careful thought should still be given to this idea.

Going through a divorce is highly stressful.  You are likely experiencing a wide variety of emotions right now, including the fear that you won’t have anywhere to live. However, many questions remain unanswered about you and your spouse’s financial future. You can count on one thing: many changes are coming. Most legal, financial and psychological experts advise couples going through divorce not to charge forward with major financial decisions. It just doesn’t make sense.

Remember, all assets acquired during the marriage are “community owned,” half-owned by each spouse. That includes real estate or a house purchased during the divorce process. It doesn’t matter whose name is on the title or account. The other spouse still has an interest in the asset.  If you bought a home during the divorce process, you would be purchasing a house with funds that belong partially to your soon-to-be-ex-spouse. Title companies will require the other spouse to attend the closing and basically give permission for the home to be purchased.

With today’s increased scrutiny of home buyers, it also may be difficult or impossible to find lenders who are willing to extend mortgages to couples going through divorce. Many mortgage companies have implemented new, stricter rules for all applicants trying to qualify for mortgages. So, while this may initially seem like a good idea, the reality of the current mortgage market may end up preventing the purchase anyway.

During the divorce process, “temporary orders” are normally put into place to prevent spouses from spending down assets or incurring new debt. Generally, major purchases are specifically forbidden without the involvement of attorneys and your spouse. Both spouses are usually instructed to spend only what is absolutely necessary to sustain their individual households. Often, a limit of $500 is placed on discretionary spending. Expenses above that amount may require the approval of the other spouse.

It is also possible that purchasing a home during divorce could ultimately result in financial difficulties for one or both spouses. If one spouse is approved for a loan on a new home based on his or her current income and expenses, this doesn’t take into account any settlement agreement obligations, such as future child support, alimony or a payout.

It may make more sense to rent a home temporarily instead of buying one during divorce. While it may be possible to purchase a home while going through the divorce process for some couples, it is generally ill-advised and can be problematic. Before doing so, I recommend consulting your attorney in order to thoroughly address the legal aspects. And consult a divorce financial analyst who is experienced in dealing with the long-term effects of financial decisions such as home purchases, tax implications, future expected financial responsibilities, and other factors. 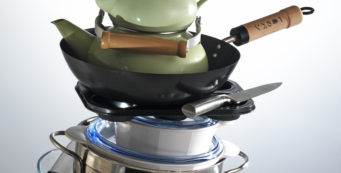 As a Certified Divorce Financial Analyst, I consider my primary focus to be one of helping divorcing individuals and couples sort out and divide the marital estate in an equitable manner. This … END_OF_DOCUMENT_TOKEN_TO_BE_REPLACED