As you enter the planning stage of mediation, you still incorporate these principles, generating ideas and deciding on a course of action. You will want to generate additional standards and options for solving the problems that have been outlined during the analysis stage.

It is not necessary to establish trust between the negotiating individuals, since an equitable compromise can be reached without trust. It is poor strategy to tell the other party you do not trust them, since this would produce anger and defensiveness. You can mention how “since so many individuals cannot be trusted to be honest, I feel we must verify the figures in the report”. The final agreement will be one that meets needs of both sides (their interests), is independent of one party’s stronger will, and is based on an outside respected standard.

During planning, you establish which objectives are the most important, as well as which are realistic. The relationship of the individuals must be disentangled from the mediations, allowing all concerned to move beyond the past and look toward a mutually advantageous solution to the problems. Often, mediations are sidetracked because of inferences by one party concerning comments made by the other party. You should constantly be bringing the discussion back to the problem and away from the relationships.

Sometimes it is necessary to allow people to let off steam, allowing them to air their feelings and emotions. This is an opportunity to clarify inaccurate perceptions and work to improve communications. However, this is not a time for any decision-making or agreement. Recognize this as people-problems and make no concessions based on conflicts in personalities.

Since people problems can be a maze of confusion, it is helpful to think of them as falling into one of three categories: perceptions, communication (or lack thereof), and emotions. Frequently, perceptions are one-sided, communication is thwarted by poor listening skills, and emotions taint fruitful discussions.

The true mediation is based on what is inside of each person’s mind. The “truth” as each party sees it becomes the problem and can open doors to a solution. The ability to see the problem from the other person’s viewpoint (empathy) is one of the most important skills in mediation.

In order to understand an opposing point of view, a few basic rules can provide help: 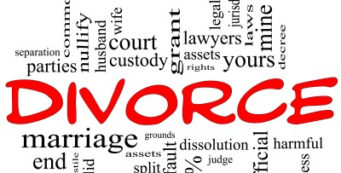 Myths about divorce abound. For one thing, divorce laws vary from state to state. So, quite often, people are confused due to what they have heard about celebrity divorces, or a friend or family … END_OF_DOCUMENT_TOKEN_TO_BE_REPLACED