You are here: Home / Blog / Know what your separate property is in a divorce

Separate property would include anything you owned prior to the marriage — real estate, investments, retirement accounts secured before your marriage, furniture, cash, personal belongings, jewelry, vehicles, antiques, collectables, etc. If any of these items has increased in value during the marriage, the increase in value remains your separate property.  That is why keeping excellent financial records, receipts and documentation  is very important to prove separate property and its value at the time of marriage.

Here are some assets that are considered separate property by Texas law even if acquired during a marriage: an inheritance in the form or cash or property, proceeds from a lawsuit involving you as an individual, and gifts or bequests to you during the marriage from your spouse, friend or family member.

My client, Mary, was blessed over the years by a generous mother, who made yearly gifts directly into mutual funds held jointly with Mary. Over the 34 years of marriage, Mary pulled funds out to support the family as needed to supplement rather meager earnings of her husband. Hundreds of times, dividends were reinvested along with capital gains distributions. Upon her mom’s death in 2011, the accounts became entirely Mary’s (and partially her husband’s).

Mary and her husband assumed that the accounts were too mingled to ever separate. However, with 1,000s of pages of historical statements provided by Fidelity, Merrill Lynch, Templeton funds and others, we pieced together a financial puzzle through tracing.

Starting in 1987 with the first gift by mom, I did “line-by-line” tracing, entering every transaction, every buy, sell, dividend, capital gain, withdrawals, etc.  As the puzzle was assembled, the picture became clear, showing accurately the amount of community shares and separate property shares.  We were able to show that over 95 percent of the funds were Mary’s separate property.

Why such a high percentage when so much was earned in dividends and interest that is community property?  Because of a rule in Texas called “community out first.” Whenever there are community shares or cash held in the account and a distribution is made, that distribution comes first from the community portion, then is supplemented by separate if needed. Due to the 100s of thousands of dollars in distributions and liquidations, the remaining mutual funds were almost entirely hers.

For the IRAs funded by Mary’s mom, the results weren’t so one-sided.  Since there were penalties and taxes for early withdrawal, the community portion wasn’t withdrawn.  The continual reinvestment of community dividends into new shares and the continued capital gains divided between community and separate, resulted in 24 percent of the account being community property.  Due to the excellent records kept, and our tracing efforts, Mary had a real accounting of the finances that could be proven. 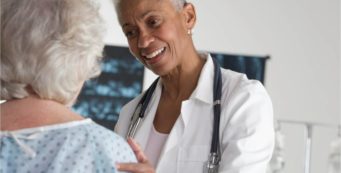 Health insurance is the most important kind of insurance coverage a person carries. There are more bankruptcies because of medical bills than from any other cause.   This is an extremely important … END_OF_DOCUMENT_TOKEN_TO_BE_REPLACED