In a marriage where one spouse is the primary wage earner, one concern is maintaining health insurance for the non-career spouse. Since it isn’t uncommon for people in their 40’s and beyond to develop severe health problems, they used to be uninsurable for any reasonable cost. However, now that has changed thanks to the Affordable Care Act. Let’s discuss options for the non-career spouse.

The Older Women’s League (OWL) worked hard to get the Consolidated Omnibus Budget Reconciliation Act (COBRA) law passed in 1986. It allows spouses to continue to get health insurance from their ex-spouse’s company if it has at least 20 employees, for three years after a divorce. The normal COBRA provision states that, if an employee is fired or leaves a job, he or she can get health insurance from that company for 18 months. In case of a divorce, it is generally extended to 36 months.

The non-employee spouse must pay the premium as agreed. If a premium payment is missed, the health insurance provider can drop that person and is not required to reinstate them. So, it is critical to ensure prompt payment.

COBRA may sound like a good idea since it is a quick and easy solution, however, it is imperative to shop around as COBRA is typically very expensive and it may not be the best solution. It is better for a non-career spouse to research all options and decide which coverage is most economical before the divorce is final.

If you may need coverage in the near future, it is time to familiarize yourself with the Affordable Care Act. The Act has been signed into law and approved by the Supreme Court. It is effective as of January 1, 2014. Let’s hope it becomes the blessing for us that Medicare became for seniors. Yes, the initial rollout of the website was flawed, but hopefully, that will be repaired. The first open enrollment period lasted through March 31, 2014. Future years’ open enrollment will last from October 1st to December 7th.

The ACA includes numerous provisions, the most important of which include:

According to the Kaiser Family Foundation, most people will pay less than before the Act. About half the people will be eligible for subsidies. These subsidies will average $5,550 per household, discounting their cost by two thirds. Even with changes in health, premiums will be stable and transparent.

The bottom line is that most Americans will benefit from the Affordable Care Act, giving them better coverage than ever before. Children, especially, will have new important coverage to protect not only their health, but their dental care and vision.

The Supreme Court has ruled that the act is a “permissible exercise of Congress’ taxing powers under the Constitution”, so we are advised to learn about the benefits and figure out how to work with the new system. 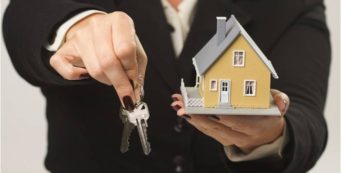 If you are beginning a new chapter in your life with a new partner, managing money may be the last thing on your mind. But it should be one of the first things you both consider as you begin to direct … END_OF_DOCUMENT_TOKEN_TO_BE_REPLACED