You are here: Home / Articles / Divorce Planning / Divorce and Taxes

Taxes impact nearly every aspect of life, and divorce is no exception. Yet, many couples are so angry at each other during their divorce proceedings, they fail to recognize a common adversary…the IRS.

If you are considering, or are in the process of a divorce, you may be able to minimize your total tax liability by working together with a divorce financial planner and/or tax accountant. Failure to take into account the tax consequences of a settlement could turn a supposedly fair settlement into a financial disaster. The settlement agreement has to be carefully worded and carefully calculated. The goal should be an overall reduction in taxes paid by both spouses, resulting in greatest after-tax cash flow.

One is considered “married” for tax purposes if the divorce is not final by December 31, of the tax year. Whether you are divorced on 1/1/11, or 12/31/11, you will be considered “unmarried” for the whole year.

The normal rule for spouses filing separate return is to report half of any community income and each claims credit for half the income tax withheld. But, a person is not responsible for the tax on community income if, 1) there is no joint return for the year and 2) the community income was earned by the other spouse and isn’t included on the separate return. Special rules exist for those living apart for the entire tax year and are not detailed here.

When filing separately, estimated payments made jointly can be divided by agreement between spouses. If they cannot come to an agreement, the IRS will divide the payments proportionally based on each spouse’s income reported on their returns.

Similarly, the carry forward credit for overpayments from previous years will be allocated by the IRS based on the parties’ proportional income in the current year.

We frequently see a spouse underestimate income in an ill-conceived effort to reduce his exposure to an unfavorable property award. This can result in underpaid taxes, interest and penalties. Because both spouses are jointly and severally liable for all tax on a joint return, a spouse may become liable for the other spouse’s tax liability.

Who gets to itemize deductions during pending divorce?

An exception is sometimes made when the asset receiving the payment is specifically tied to one spouse. For example, contributions to an IRA are deductible to the spouse owning the IRA regardless of which spouse made the contributions.

Or, where a house is titled and the mortgage in the name of one spouse only, the tax payments and interest payments may not be claimed as deductions by the non-owning spouse, regardless of who made the payments.

The fees of a divorce financial planner or CPA are deductible, too, remember, even if phased out by 2% of AGI. Sometimes an attorney’s fees include a specific portion concerning taxes or finance.

Who gets the carry-forward?

Capital loss carry-forwards follow the ownership of the property that caused the loss where the property is held in the name of only one spouse. Where the property that caused the loss is jointly owned prior to the transfer, the carry-forward is divided equally between the spouses. Even though this is the IRC rule, I’ve seen a judge award 100% of the carry-forward loss to the husband since he was the one who lost the $250,000 in online trading. In my role as financial advisor, I calculated the present value of his tax savings over the coming 40 years, assuming he took the $3000 per year deduction for capital losses. This added an asset of about $31,000 to the husband’s side of the spreadsheet.

The client should be advised to consider making changes to ensure that the current spouse is removed as power of attorney, trustee or beneficiary of IRAs, qualified plans, non-qualified plans, or life insurance policies.

Many property settlements call for the transfer of assets to third parties. This would include situations in which substantial amounts are provided to fund children’s educational expenses (other than tuition paid directly) or loans to in-laws forgiven. These transfers are subject to gift tax if they exceed $13,000 in 2009.

Occasionally, a payer spouse’s estate is required to continue alimony, child support, or property settlement payments after the payer’s death.

Gains from the sale of the home

As you know a couple may exclude from income up to $500,000 of gain on the sale, assuming they lived there for two of preceding five years. What if one spouse receives the home in the divorce and ends up with a large capital gains liability? If there is a $300,000 gain, the $250,000 shelters all but $50,000, resulting in a capital gains tax of $15,000. This should be included in the calculations and offset with assets.

Sometimes, if there aren’t sufficient assets to offset the equity, spouses will continue to co-own the home post-divorce. One spouse may continue to live in the home for many years after the divorce until the children have graduated from high school. Under these circumstances, the former spouse living away from the home will still pass the two-out-of-five years test by virtue of the other spouse’s residency. Thus, both can qualify for the $250,000 exclusion.

If you are considering a divorce, you may be ecstatic, scared, relieved or miserable, depending on the circumstances and your own outlook. One thing for sure though, is that the divorce is going to … END_OF_DOCUMENT_TOKEN_TO_BE_REPLACED 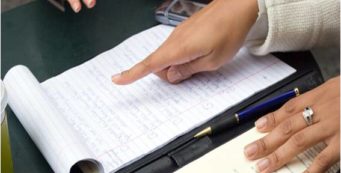 Often, couples who decide to divorce after many years of marriage discover their “separate property” and “community property” has become “commingled.” In other words, they don’t know how to determine … END_OF_DOCUMENT_TOKEN_TO_BE_REPLACED