You are here: Home / Articles / Divorce Mediation / The Difference Between Divorce Arbitration And Mediation

Many people ask what the difference is between divorce arbitration and divorce mediation.

Mediation means that there will be a third party involved to help the parties come to an agreement through mutual terms. The mediator will be a neutral third party who will not represent either one of the parties involved. Mediation can involve both parties hiring an attorney to represent them while coming to mutual terms, or they may opt to not have counsel during that phase.

However, divorce arbitration is very much like the traditional type of dissolution of marriage. The arbitrator is the acting judge and will listen to evidence and supporting testimony from both sides, after which he or she will make a ruling. Since this is usually a binding arrangement, there is no appeal. The verdict is final and binding. The ruling can be delivered immediately upon the conclusion of closing arguments from both sides, or both sides can agree to give closing briefs or written closing arguments in which case the ruling will be made after the deadline for filing the closing briefs.

Many people would ask why someone would want to involve themselves in any sort of litigation where the verdict or judgment could not be appealed. While this does seem a bit limiting, there are benefits to this type of a situation. Many times these types of proceedings in court, without the use of divorce arbitration, end up lasting for years with each side appealing countless times. This can literally be a never ending and tiring battle.

With divorce arbitration the case is still heard by a person presiding over the hearing and then a ruling is made. However, this time the ruling is one that cannot be appealed and therefore it is over and done with once and for all.

This type of hearing is also much less formal than a case held in common pleas court. This means that while there are rules that are put into place, they can be changed somewhat if both sides agree to the new rules.

Divorce arbitration is also a much faster resolution than is usually found in common pleas court. This is an excellent type of proceeding if there are minor children involved. They have immediate needs such as school registration and attendance. It is important in these situations that the case is solved in as timely of a fashion as possible to best serve the best interests of the minor children. 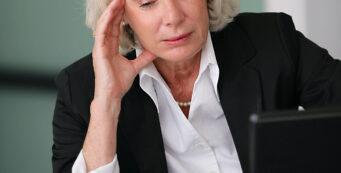 In a divorce, identifying, calculating and dividing property and assets can get very complex. Clients often ask me if they can be reimbursed in the divorce settlement for specific … END_OF_DOCUMENT_TOKEN_TO_BE_REPLACED